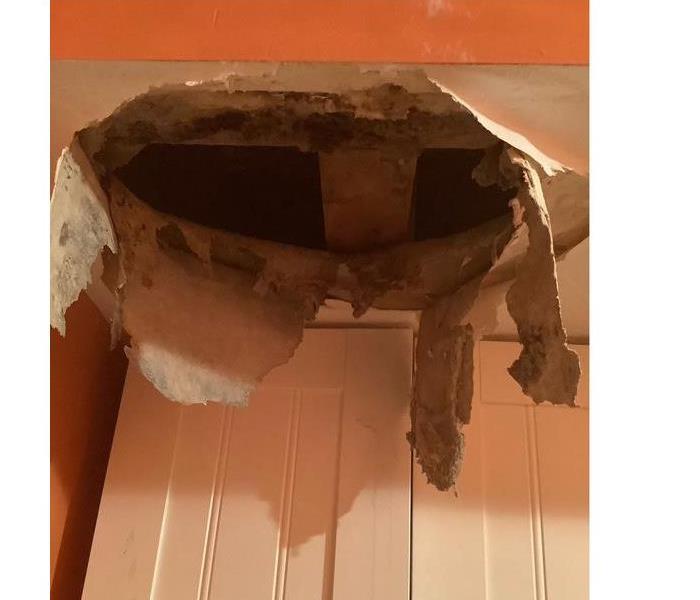 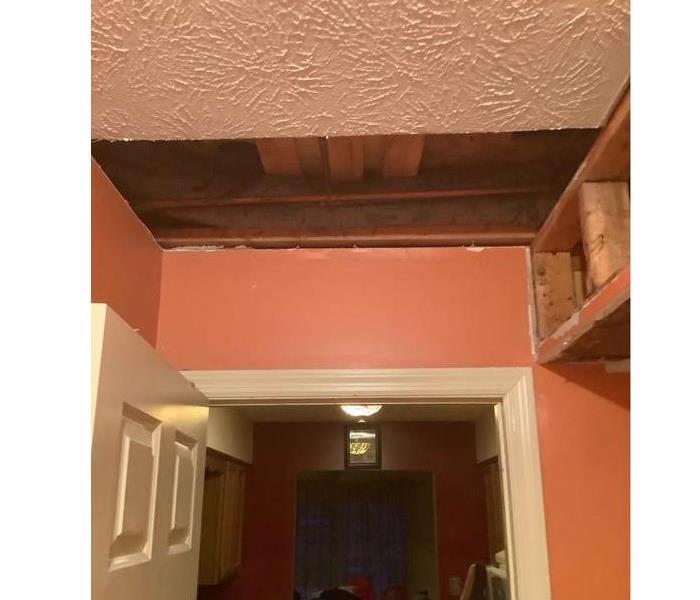 SERVPRO of Southern Lorain County was called out to this North Royalton home to access the water damage affecting the downstairs laundry room. This was caused by a leak in the upstairs tub pipe. The homeowners had no idea the pipe leading to the tub was leaking until part of the ceiling suddenly came down, as you can see in the picture on the top left.

There was a significant amount of damage to the ceiling, that it had to be removed as you can see in the picture on the top right.

Our homeowners were lucky they noticed the damage before it got a lot worse.